A Cargo Cult
of Memories 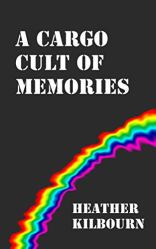 In this wide-ranging collection of ten short stories set in the Pacific Northwest, Heather Kilbourn takes us on emotional journeys that map the terrain of human experience from bedroom communities to the tops of mountains. Each story offers something different:

In space, no one can hear you grep.

If you’ve ever parsed a logfile and enjoy hard science fiction, then SYSLOG is for you!

In all the years of interstellar exploration, lifeforms no more complex than invertebrates have ever been found. Until now.

Almost 9,000 light years from Earth, the SS Orca colony surveying ship has been in orbit around a candidate colony planet for over a year with its family crew of Dr. Marcus Rapan, his wife, Becky, son, Dan, and a quantum artificial intelligence computer, CRTR, otherwise known as Critter.

So far it’s been a routine colony certification, but Dr. Rapan has uncovered something amazing on the planet below – tantalizing fossils that will re-write the history books and inflate his first settler’s bonus. But before he can report his findings, his research is interrupted and his family is torn away from him.

As told via the ship’s logs, SYSLOG I is the first episode in a saga that spans the parsecs. 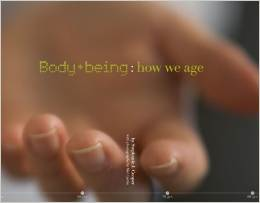 Body & Being: How we age
by Stephanie J. Cooper
(Chris Kilbourn, Editor)

What do you think? Cancel reply

This site uses Akismet to reduce spam. Learn how your comment data is processed.