(I kept a log of my daily activities as I was founding digital.forest. The first few months are a mix of getting a 56K digital circuit installed in my basement, cluelessly bootstrapping systems, trying to keep consulting clients happy, and working up to almost being sued by a bank that doesn’t exist any more because I registered their domain name without authorization. Those were the days. 😉

Having both terminated and troubleshot both thick and thinnet Ethernet cabling, I can honestly say that the RJ-45 with plastic jack connectors cat-o-nine tail has nothing on the thicknet one with metal barrel T-connectors or the thinnet one with splayed and frayed wire sheathing.

What It’s Like to Work at Microsoft – A Field Guide, Part 2

Right! Back from lunch? Good!

It’s great to see facilities on top of replacing that pesky doorstop that kept getting knocked off the wall, 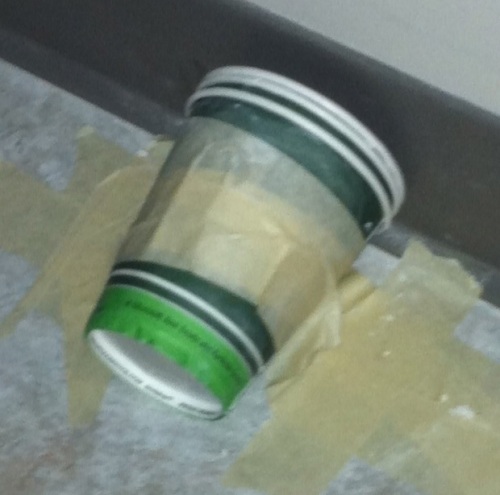 Now back to your office – if you’re in a group that still has offices instead of the open plan spaces that are popping up everywhere.

The single person office used to be a nice perk at Microsoft, but due to continued headcount growth over the years most new hires will spend years doubled, tripled, or more in offices. These tight quarters can foster a very collegial atmosphere.

It’s very collegial in the sense that you can make some great friends with the right officemates or be reminded why you wanted to become a hermit and not see humanity any more when they microwave leftover fish for lunch and stink up the whole floor. Or they walk into the bathroom in bare feet with their overgrown toenails clacking on the floor. Or they leave the remains of their snacks on conference room tables and chairs right before your big presentation. Or they brush their teeth at the kitchen sink. Or, Never. Stop. Talking. When. You’re. Trying. To. Get. Work. Done.

The two shortest routes to a private office are either tenure, 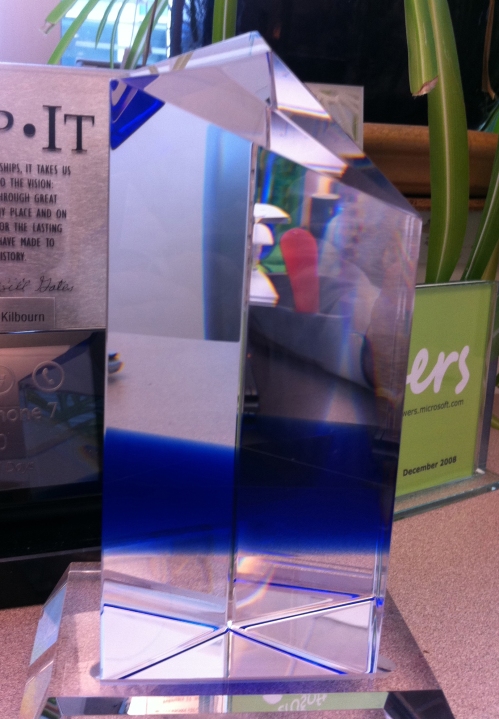 or management. (There’ll be much, much more about management at Microsoft in a future post…)

Until either of those events occur, try to liven up your windowless office,

Some people try to make their isolation spaces as personal as possible, ranging from shrines to Star Wars, 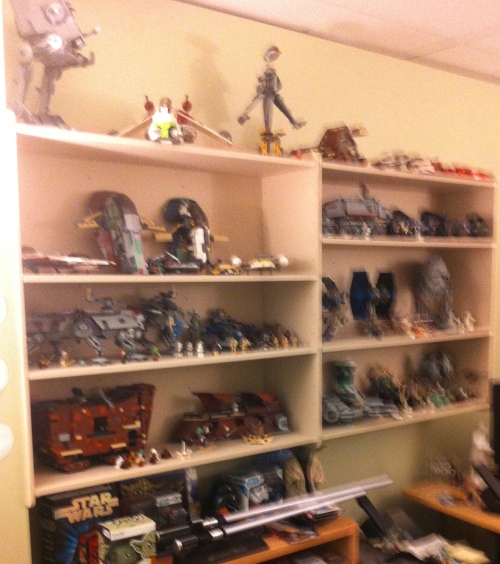 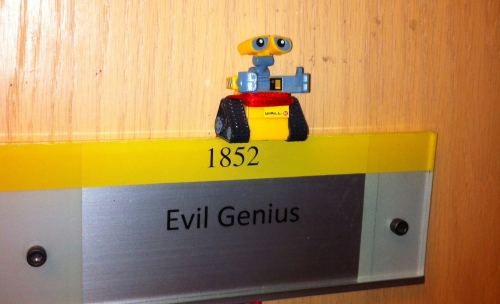 Well, then, a miracle occurs! You actually get something done from vision to completion and through some crazy lobbying, you produce a physical artifact destined for distribution,

then the budget gets cut, and it is distributed as a PDF only. Oh well! On the upside, most editors don’t check hex codes, so you were able to sneak 4B696C626F onto page 97.

While you’ve been working, other groups ship, 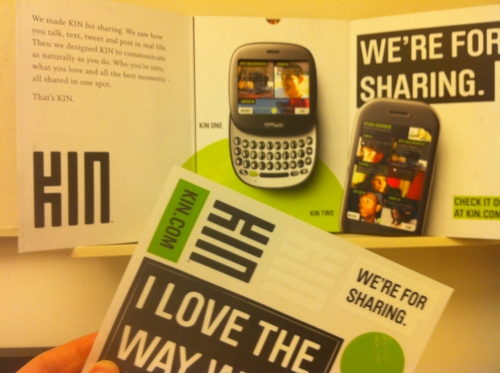 and then suddenly, they play their last pink note and are disappeared down the memory-hole, 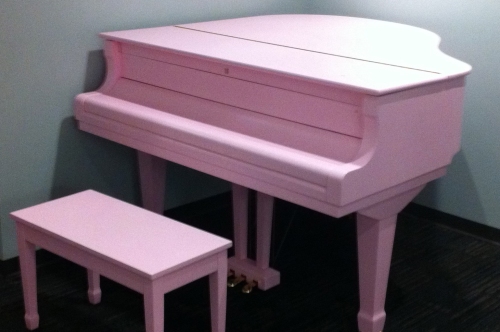 (Where does a pink piano go to live, anyway? Elton John’s house?)

Then through much harder work by others, the product you’re working on ships!

To celebrate, you get to participate in what turns out to be an infamous parade,

and you drink so much vodka at 10 AM,

that by 2 PM you’re not quite sure where the pink flamingo came from,

The post-ship period is a bit of a lull, so some people take the opportunity to change jobs and even companies, 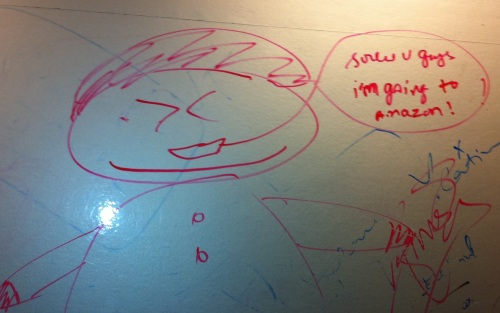 But if you hang around, you eventually get your ship gift, 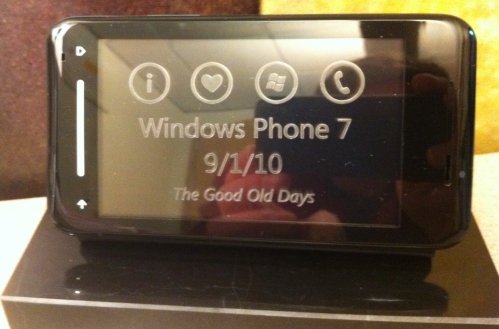 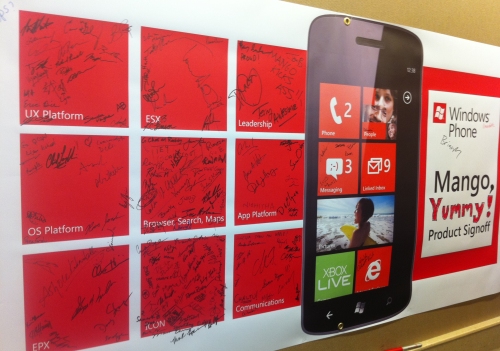 Then you change groups and offices, and ask facilities for a 12 gallon garbage can for your office, and this is what they deliver,

And you lather, rinse, and repeat again,

and since you know the folks in Marketing, you luck out and get the first voiceover slot for the ship party video, and the ship gift even turns out to be something useful. A zipper pull! (Attached to a nice jacket,)

Then it’s time to get all fired up again for another run and,

You  have time to think about when you turned down a job at Microsoft in 1995 to start your own company (page 33), and wonder if it isn’t time to put the work grind on pause and attend to family for a bit before deciding what to do next.

Microsoft will always take your call if you know the proper extension to dial,

So relax a bit and let the warm fuzzy memories seep in as you cozy up for the winter, 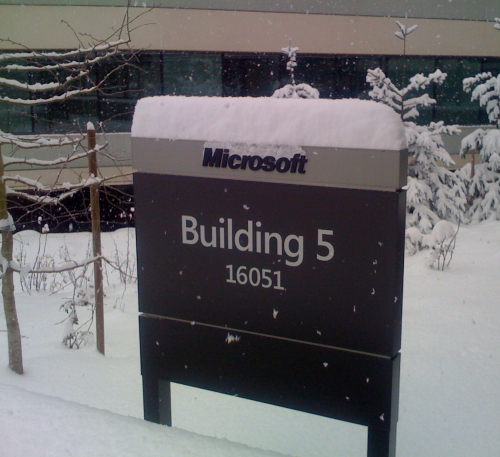 and as you drift off, you enter that half-awake dream fugue state where time is elastic, and your subconscious feeds up images that flow like water, and this one floats by,

and then you’re suddenly shocked back wide awake, and you remember the other parts of working there.

What It’s Like to Work at Microsoft – A Field Guide, Part 1

At Microsoft, bugs get opened, triaged, de-duplicated, assigned, re-assigned, re-re-assigned, resolved, closed, re-opened, and re-resolved on the glide path to zero blocking bugs for ship. Software engineering is true engineering, but it’s messy – it comes in fits and starts, and just when you get rolling along,

Oh. Time for a break.

(they don’t go out of order all that often, but people post some great signs when they do,) and filtered cold, room temperature, and hot water,

conveniently labeled by facilities. These kitchen areas can be a cornucopia of amusement. From the corporately-mandated slapstick attempts to do the right thing,

(those first-generation biodegradable utensils just couldn’t stand the heat in the kitchen; yuk, yuk,) to the anonymous and sublime posters that appear on the bulletin boards before disappearing into the night on the last Friday of the month,

Speaking of posters, there was an era when every minor product launch or internal initiative required putting up a poster on what seemed like every wall in every building. It’s become much better than it used to, but like cicadas, they seem to have their own rhythm.

It can be barren for months, then messaging explodes and appears everywhere in riotous superlatives and exhortations on cafeteria tabletop placards, in mail slots, on walls, on banners hung from stanchions, on stickers, in elevators. Even on bathroom entrances, stall doors, and mirrors, leaving everyone wondering, 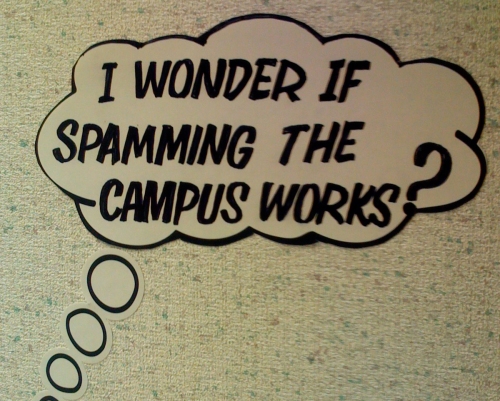 Microsoft Redmond is a very large campus, and has many far-flung offices around the world, so try not to think too much about the costs of printing, distributing, and displaying this marketing propaganda.

Instead, go back to your office to work. Think about if you’re nailing your commitments and who else on the team might be doing better than you. Write and respond to some email.

And now some more email.

Oh, crap, I should have responded to that a week ago…

I need a rule for this stuff.

Wait! What was I doing before email? Oh yeah. Back to that!

Now…maybe if I just try this, I’ll be able to…crap!

Maybe a walk around campus will help. Microsoft has recently upgraded its walking/jogging trails, with clearly marked signage,

(yes, those cameras are everywhere,) trails that take you through some tranquil and restorative settings, 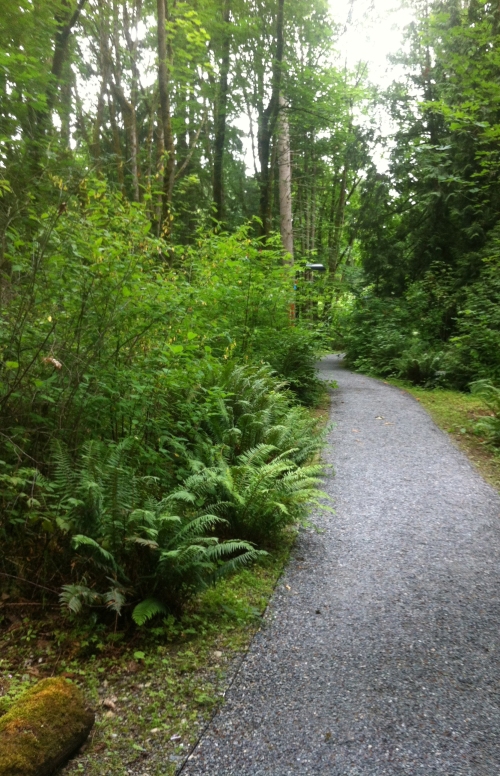 and there’s even some signage that displays the company’s quirky sense of humor, 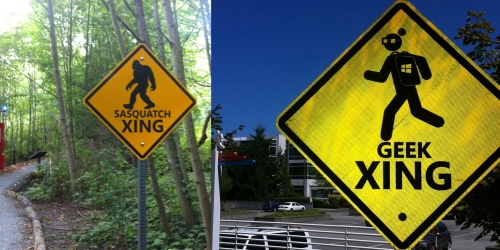 Seriously, if you ever work at Microsoft, get out of your office and look around. There’s always something beautiful or interesting to see. There’s gorgeous seasonal landscaping in some places, 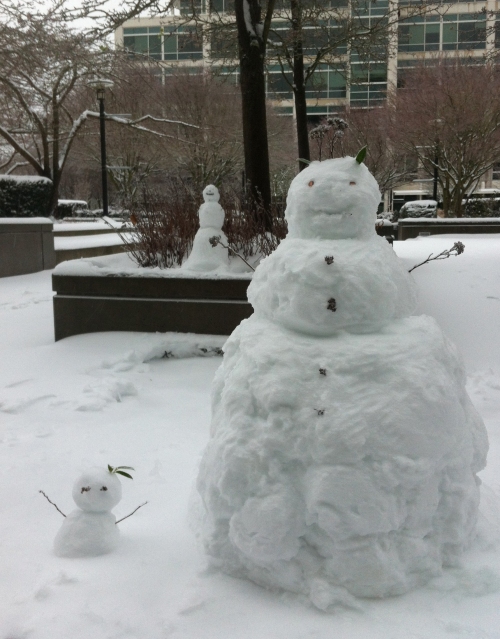 Truly, don’t miss the seasons go by, (from your office of course!)

Often, there are some great snacks for breakfast that are available,

Of course, after all that caffeine, it’s time for a bio break, which turns into another opportunity for your co-workers to display their humor by trying to help explain the new water-saving toilets that are being retrofitted into older buildings, 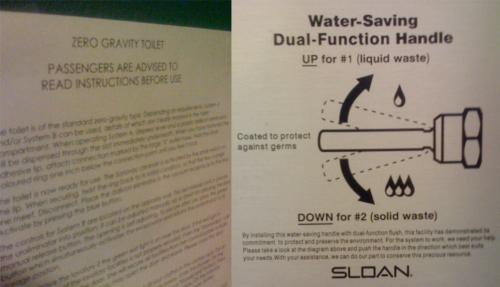 If you forget to wash your hands during flu season, handy mirror clings will remind you to. Now, back to work, and this time, ignore the email.

Are you feeling it now? That groove of getting stuff done? It’s great, isn’t it? Keep going…stay on target…almost there…damn!

OK, let’s wait this one out. It’ll just be a quick reboot and…oh holy hell!

Fuck it. Let’s go get lunch. Where’s the car parked?

There is no singular Microsoft garage or parking area. Parking ranges from vast, cavernous appeasements to the motor-car that could house a city of people in a pinch, 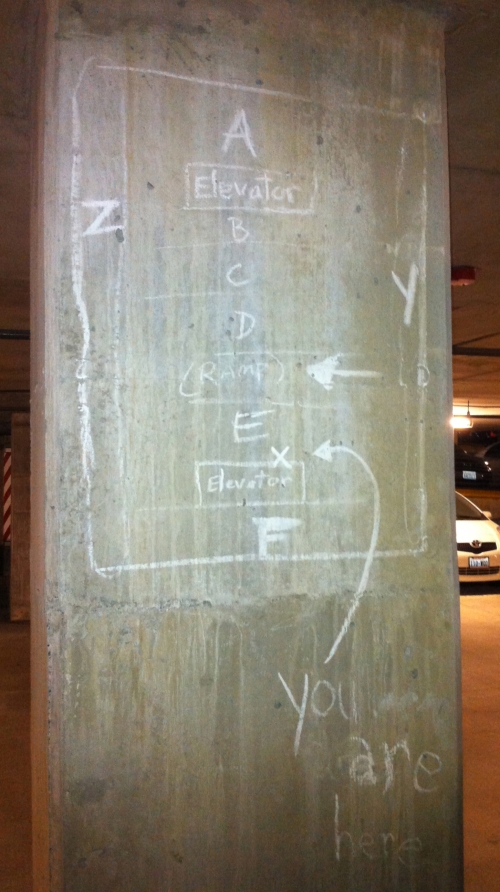 If you’re a gearhead, Microsoft garages and parking lots are great for car spotting,

but even with tens of thousands of spots, parking can still be tight and some will take shortcuts when they’re in a hurry,

(As an aside, it’s mostly BMWs I see doing this and many Directors at Microsoft drive BMWs. But we’re engineers, so correlation does not imply causation unless we gather more data!)

In a word, traffic in the area during working hours (10 AM – 4 PM) sucks, and when other people are trying to get to where they’re going before or after, it can be hellish,

If the traffic congestion doesn’t give you pause, do consider the tens of thousands of Type-A people from around the world, some who come from places where they drive on the other side of the road and have no traffic signals, (like Medina, WA,) all gunning to cut in front of you to turn right.

Chris Lange asked how I have my WordPress blog posts appear on Linkedin, so here’s a brief guide.

Log into your WordPress account and select Settings –> Sharing from the navigation menu on the left-hand side of the page. 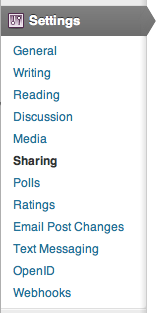 At the top of the page, there are the Publicize boxes, including Linkedin. Click on “Add new…”, authenticate, and you’re done!